Is Logo Bashing Is Good For Your Brand

So, here’s a dose of reality: no matter how hard you work on designing a brand logo, no matter how many focus groups tell you it’s just perfect, someone, somewhere, is going to hate it. That’s just a marketing fact. What’s also inevitable is that one of those logo haters is going to take to social media to explain why they hate your logo. They’ll mock it, make memes out of it, hashtag it, and basically force it to run the gamut of InstaFaceTwit pseudo-outrage.

We’re here to tell you: Don’t cringe. Don’t run and hide. Brand bashing and logo hatred are good things. Just as there’s no perfect logo, there’s no bad social media-fueled brand hatred. When the social media universe blows up your logo, it’s doing you a valuable marketing favor. Your brand gets eyeballs and seeps into the collective consumer consciousness. Sure, that happens in a way you might not have intended, but that’s a-ok. Here’s why.

Have you ever stopped to look carefully at Amazon’s logo? You’ve seen it a gazillion times, but have you really pondered it? Well, we have. And so, apparently, have millions of social media users. It’s something of a brand logo Rorschach test, actually. Some people see the word “Amazon” with a smile under it. Some see the same word with an arrow beneath pointing from the letter “A” to the letter “Z” (as in, we sell it all, from A-to-Z). And then some people, a lot of them, believe it or not, see … a phallic symbol.

We’re not kidding. “Amazon’s logo is a global phallic symbol” is a thing. Don’t believe us? Check out this Gizmodo article from April 2018, and the thousands of Twitter posts it links to. Be sure to check out the posting dates. Debates over the anatomical significance of Amazon’s logo have raged for years. Has the mockery inflicted damage on Amazon’s brand? It sure doesn’t seem so.

What’s more, Amazon is hardly the only successful brand to come in for some ribbing over a logo that arguably has the issues. When Airbnb introduced the logo it still uses today back in 2014, interpretations of it as either a vagina or a pair of testicles nearly broke the internet.

The Method to the Mockery

We grant you, phallic symbols generate easy press. You might say designing, or at least not squelching, a logo that tickles the collective id represents a lazy bid for free, er, brand exposure. But, of course, that’s also the point of marketing in all of its forms. As marketing guru Douglas Holt wrote in the Harvard Business Review in 2016, even the largest businesses struggled to break into the social media space through branded content and other strategies. They gained some traction by leveraging influencers, but social media acts as an extremely sensitive barometer of authenticity and often shuns attempts to leverage a person’s credibility to sell a product.

Brand bashing and logo hate, ironically, create moments of brand awareness marketing executives would sell their souls to be able to purchase reliably. This is why it is important to treat those moments as manna from heaven. When people are talking about your logo in an authentic way, even if it’s in making it the butt of jokes, you are receiving a (literally) priceless gift from the marketing gods.

Of course, the rub is what you do with that gift when it comes your way? We suggest taking a page from Starbucks, which saw significant customer engagement over its new logo in 2011. Recognize that when your customers and potential customers react to a logo, it means you are doing something right by grabbing their attention. Trust that the brand recognition you earn by having people talk about a graphical representation of your business will generate far more new customers than the relatively trivial number of people who would ever walk away from a brand over its logo. After all, who stopped drinking Starbucks? Or Pepsi, for that matter? Both tweaked their logos about ten years ago and their brands are as strong as ever.

So, if you take offense at the mean, mocking things strangers are saying about your brand online, hold fast. Brand bashing means you are winning and presents an opportunity to boost your business in new and exciting ways. For help and ideas about seizing the logo h@te and turning it to your advantage, contact us today. 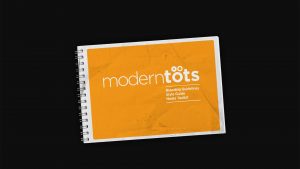 What’s a Brand Guide? And Yes, You Need One!

Your brand guide, also known as a brand guideline or brand book, acts as a blueprint for your company’s identity. These guidelines include your company’s history, message, values, mission statement, and personality. A brand guide also details some design elements for print and web appearances such as logo, logo placement, color palette, fonts, and more. 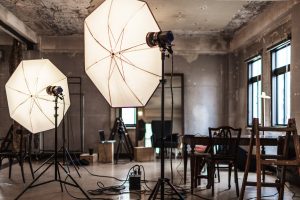 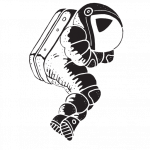